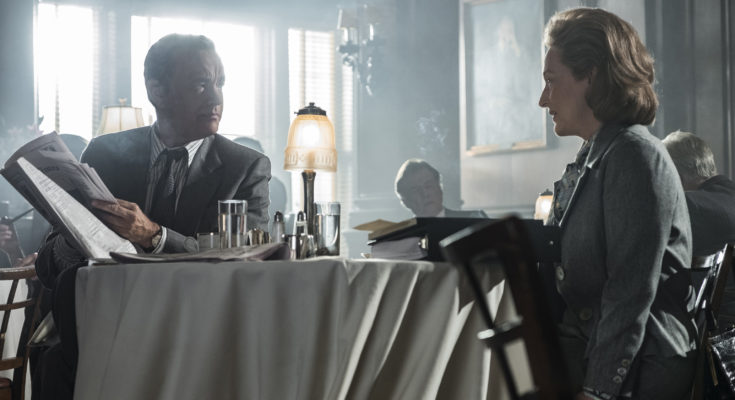 By Hollywood Hernandez
There’s a lot to like about The Post, a movie that was named best movie of 2017 by The North Texas Film Critics Association. The movie is directed by four-time Oscar winner Steven Spielberg and stars two other multiple Oscar winners: Meryl Streep (4) and Tom Hanks (2). With a cast like that, you expect an Oscar-caliber movie, and The Post delivers.
The movie is set in 1971, however, it is just as timely today with it’s theme of government lies and cover ups and the need for a free press. The movie is very obviously a warning about the alleged corruption of the Donald Trump administration. It makes no bones about it.
The true story is based on the incidents that occurred involving “The Pentagon Papers,” a report which spanned four U.S. presidents, and was a written history of the war containing government secrets such as the fact that President Johnson lied to the American people—and to Congress—concerning the real purpose of the war, as well as how the war expanded with bombing raids in Cambodia and Laos without being revealed to the U.S. media.
The New York Times first reported the story in 1971 but when The Washington Post got an actual copy of the report, the paper was forced to go to court to fight the U.S. government’s refusal to allow them to release the papers to the American people.
A very deceitful and divisive President Nixon brought all the pressure he could muster to ruin and discredit The Post in its coverage of the news from The White House (sound familiar?) The Post took the case all the way to The Supreme Court and the court’s decision was that only a free press can expose deception in the government and the government cannot restrict the rights of a free press. That part is written in the history books. The talented ensemble cast of The Post is not.
Streep plays the first female publisher of a major newspaper, Hanks plays the editor of The Post and Steven Spielberg directs a masterful, left-wing attack on the Nixon administration and indirectly on the Trump administration as well. I loved it.
The Post is rated PG-13 and runs 1 hour and 55 minutes. It’s a story that teaches us that we don’t learn from the past; we are doomed to repeat it. On my “Hollywood Popcorn Scale,” The Post rates a JUMBO.