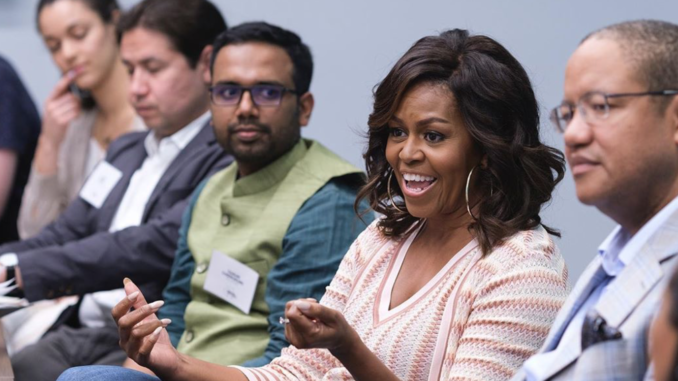 The Democratic National Convention kicked off with a powerful keynote address from former first lady, Michelle Obama. In her 18-minute speech, she inspired viewers to vote and to not let this “election get by us like it has in the past.”

Obama pointed out that we need a leader who reflects America and “President Trump is not that person.”

She explained that the president had multiple opportunities and all of these years to change,” but it is only getting worse.

“Donald Trump is the wrong president for our country,” she said. “He has had more than enough time to prove that he can do the job, but he is clearly in over his head.”

President Trump then went to Twitter upset on what Obama said. He wrote in a tweet, “Somebody please explain to @MichelleObama that Donald J. Trump would not be here, in the beautiful White House, if it weren’t for the job done by your husband, Barack Obama.”