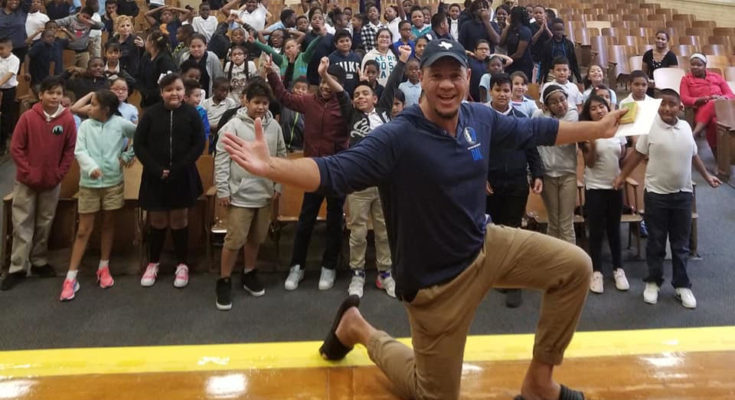 Think back to when you were 14 years old.

For some of you that may be easy, for others – like me – it may take a minute.

Chris Arnold was on the radio in Memphis, TN. at the age of 14. He has worked nonstop in radio ever since.

“I’ve been on the radio nonstop for 40 consecutive years in a top-five market,” Arnold recalls. “I’ve been on four shows, three different stations and all four of those shows went to No. 1. “

Arnold, who turns 62 in September, is a radio legend nationally, but he is most well-known and beloved in the Dallas/Fort Worth Metroplex where he’s been a household name for four decades. His stints include 30 consecutive years at the venerable K104-FM, serving as sports director and broadcasting the morning show with the legendary Fly Jock Tom Joyner and the award-winning Skip Murphy & Company. Arnold has also hosted his own #1 sports talk show on 1310 the Ticket and joined 105.3. The Fan in 2011, as part of the GBag Nation and on-air sports talent.

As a result of this illustrious career, the longtime DFW radio, sports, and entertainment icon has landed in the prestigious Texas Radio Hall of Fame Class of 2020.

“I’m so honored. I was like how, how did this happen?” Arnold told Texas Metro News. “I mean, going up against country and music DJ legends, rock and roll and pop, legends…throw in general managers, how in the world? I never expected it.”

Is it his greatest career achievement?

“Yes, I guess it’s the crowning achievement.” Arnold said. “The Texas Radio Hall of Fame, I’ve always admired it. But Texas is such a large state with so many markets and so many different radio stations in it and there are so many genres of radio – music, news, talk, sports – here’s just so many different people that could be eligible or in it.

“It’s a reflective moment where you reflect on your career and I’ve never really reflected a lot. I’ve always just moved forward. This is special.

“It’s humbling to think about, but 40 years, wow, time flies. When I first started in radio, Jimmy Carter was president. That’s how long I’ve been on the air in Dallas/Fort Worth,” said Arnold, who was the only journalist inducted into the Texas Black Sports Hall of Fame in 2019.

Locally, he is best known as a member of Skip Murphy & Company, one of DFW’s most popular programs – ranking No. 1 among morning shows in the Metroplex for eight consecutive years.

Arnold recalled waking up daily at 3:30 am to head to the infamous Grand Prairie studios for the show, “You don’t get used to [the time], but I knew we were going to have fun when we got there. That’s what made it easier to get up.

“I knew when I walked in the door it was going to be crazy and fun.”

“They helped me have an interesting life. Chuck also encouraged me and basically dared me to top the last thing I did,” Arnold said of Smith, who died in 2017. “‘I bet you can’t do that again,’” Arnold said Smith would say to him. “He loved me telling stories about what happened at events I was at. And he always wanted me to cover these different things.

“Hymen is the one who put it in the budget and let me keep doing it,” Arnold continued. “And he was proud that I was putting K-104 on the sports map. I had pressure on me to maintain it – like Chuck said, ‘You done started it now; you go[nna] be able to keep it up?’ That was a challenge, and I love challenges like that. I was like, ‘oh yeah, I ain’t never getting tired of this.’

“They allowed me to have a very interesting life. Amazing.”

Arnold’s longevity in the ever-changing radio broadcast business is what strikes many of his colleagues, friends and admirers.

“Chris Arnold is an absolute legend. He is personable and has provided me with so much advice in this business,” said Kevin Gray, an on-air radio host for 1053 The Fan, where Arnold currently works. “It’s an honor to work with him and know that he continues to impact this business in the myriad of ways he does. Absolutely incredible.”

“This is a terrific honor and a well-deserved honor for one of the quintessential pioneers in the radio industry,” Price said. “When I moved to Dallas in 1990, it seemed like Chris was always in eight or nine places at the same time. That’s how versatile he is, and how well he is at his craft.

“And his voice and knowledge sort of draws you into whatever it is that he’s saying, because he always left you hanging on the edge of your seat and with something to remember him by. Again, congrats and hats off to a gentleman and a true professional.”

Since 1996, Chris has been an integral part of the NBA’s 2011 World Champion Dallas Mavericks broadcast team. He first served  as their courtside analyst for Fox Sports Southwest for eight years and has served as the Mavs’ game-night emcee since 2005. He was also selected to emcee the 2010 NBA All-Star Game at AT&T Stadium in front of a crowd of 108,000 people.

His duties with the Mavericks have expanded to include work as their Inclusion Ambassador.

“Chris Arnold has been a part of the Mavs organization since 1996 and a staple at Mavs games since 2005, and is one of the hardest working people I know,” said Cynt Marshall, CEO of the Dallas Mavericks.

“We are so proud of his induction into the Texas Radio Hall of Fame, but it’s not a surprise. He is talented, dedicated and a true joy to work with. We are just so glad the H.O.F. has recognized his talents and will honor him this year.”

In addition to his Mavericks correspondence, his television experience included five years working as a sports reporter at ABC-affiliate WFAA-TV in Dallas. Chris’s work garnered an Emmy. Before going to WFAA, Chris worked on a TV show he wrote, produced, and hosted. On The Beam, a syndicated African American entertainment television show, was seen in more than 20 million households in 46 cities across the US, Japan, the Caribbean, and in 17 countries in Africa. That show won an Ace Award for Cable Television Excellence in 1991.

When asked how he connects with his listeners, Arnold said he simply talks to them in a normal manner.

“And I talk exactly the way that I talk in public,” he continued. “I don’t have a different voice on the radio. And that’s the way I talk when I’m interviewing players. I talk with execs the exact same way when I’m on the radio.”

What’s his favorite career memory? “There’s been so many. So, so many. I can’t even tell you what’s the favorite,” Arnold said. Some memories he did share include being at the World Series in San Francisco in 1989 when the earthquake hit and he was ringside in 1997 at the Mike Tyson/Evander Holyfield fight when Tyson infamously bit off Holyfield’s ear.

“When I think about all the things I’ve been able to do, I got to travel the world – local, state, national, the world,” he said. “I’ve covered the Olympics, I’ve been to almost every stadium in America – Australia, Mexico, Tokyo – everyone can’t say that.”

And as he prepares to be inducted into the H.O.F. – an upcoming virtual ceremony due to the Coronavirus pandemic – Arnold reflects back on his time and says he wouldn’t change a thing.

“I’ve been on radio since I was 14 years old, every single year from 1973 to 2020. I’ve never not been on the radio. In September, it will be 47 years on the radio, non-stop. I have zero regrets about anything that has gone on because whatever successes and failures, it has allowed me to be where I am now.” 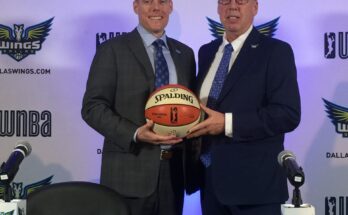 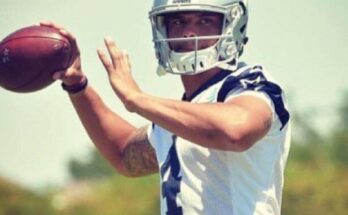