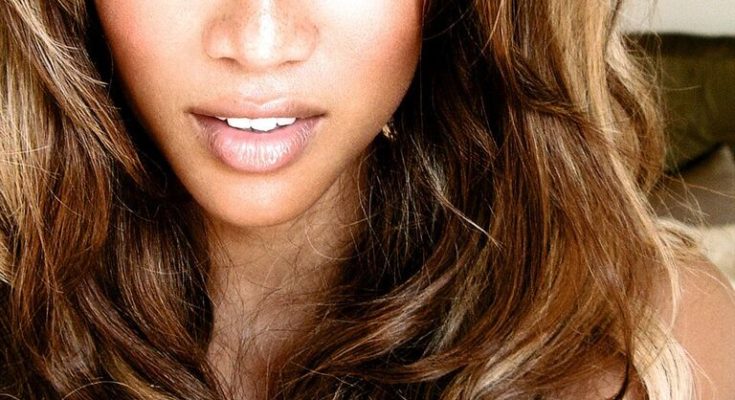 TYRA BANKS, THE “WOMEN THAT SOAR AWARDS” WILL TAPE SATURDAY, NOVEMBER 10, 2018 AT THE STATLER HOTEL, DALLAS, TEXAS
Dallas, Texas – October 5, 2018 – Women That Soar, LLC, and Gina Grant, Founder, CEO and Creator of the “Women That Soar Awards” are delighted to announce producer, media mogul, supermodel, actress and entrepreneur, Tyra Banks, will host this year’s Awards show which tapes on Saturday, November 10th at The Statler Hotel in Downtown Dallas from 6 PM to 9:30 PM. Banks, an astute businesswoman, is CEO of Bankable Productions. Her producing credits include America’s Next Top Model, The Tyra Banks Show and Holiday Movie Sequels.
As host of this year’s show, she embodies what it means to be a woman who Soars! Through her platform, she too has empowered, inspired and encouraged women and young girls to overcome obstacles and Soar to personal and professional success! This will be a powerful night of celebrating women from diverse racial, cultural and socio-economic backgrounds. Those in attendance will be moved by the entertaining performances and powerful stories of women who have overcome trials and tribulations; yet, triumphed!
The black-tie, star-studded, “Women That Soar Awards,” is electrifying and moving! It is not just another awards show; it is a celebration of women! Now more than ever is the time for women to have stronger voices and Soar, personally and professionally. The evening will also feature an amazing line-up of musical guests including: Grammy, Academy Award and Golden Globe winner Common, Grammy winner and Broadway superstar Fantasia, country music star RaeLynn, American Idol winner Kris Allen, Gospel artist Jekalyn Carr and many others!
Women That Soar, LLC celebrates its 11-year anniversary and its fifth syndicated televised broadcast show. The show is Executive Produced by Gina Grant, Founder and Creator, legendary Hollywood Producer, Reuben Cannon, and Cheryl Boone Isaacs, former President of The Academy of Motion Picture Arts and Sciences. The producers are dedicated to creating a global platform and content for women that is edifying, inspiring and empowering. The “Women That Soar Awards” will tape in November and is the only televised awards show to air in March, during “Women’s History Month.”
The 2018 honorees are a group of trailblazing women with diverse achievements from the following Award categories: Nana Amoako – Mentorship Award, Nancy Borowick – Humanitarian Award, Debra Caudy – Community Outreach Award, Jaha Dukureh – Global Activist Award, Kathy Fielder – Entrepreneur Award, Zainab Salbi – Business Award, and Jennifer Yuh Nelson – Entertainment Award.
Women That Soar’s title sponsors are American Airlines and Toyota.
Join the conversation on social media by logging on to our social media platforms:
• On Twitter @WomenThatSoar
• On Facebook by liking the fan pages at facebook.com/WomenThatSoar
• On Instagram @WomenThatSoar
ABOUT Women That Soar, LLC Founded by Gina Grant, Women That Soar is a Dallas-based media company dedicated to producing content and events that empower and inspire women globally to Soar both personally and professionally. The platform empowers women through multifaceted forms of media. For additional information on Women That Soar, please visit www.womenthatsoar.com.