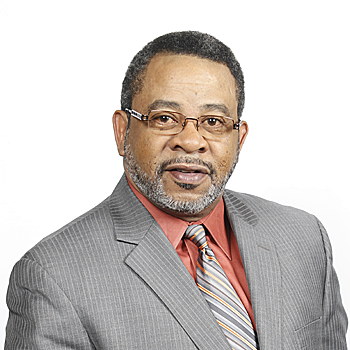 Dr. Karry D. Wesley died on November 13 after battling cancer. The founding and current Senior Pastor of Antioch Fellowship Missionary Baptist Church, a progressively expanding congregation of more than 5,500 members. Delivering his first sermon at the age of 15 at the Zion Hill Baptist Church in his hometown of Camden, Arkansas, Pastor Wesley’s vision was to reach, teach, and preach to those who are a part of the Christian faith as well as those outside of the Body of Christ.

Pastor Wesley’s journey in the ministry led him to study religion and psychology at Bishop College in Dallas. He received his BA degree in 1984 and just two years later, on that very campus, he began the trek that would lead to the founding of Antioch Fellowship Missionary Baptist Church. After meeting with others who were concerned about the trials facing Christians, he began assembling with other like-minded Christians who shared his vision. Within one month, those worship experiences led to a unanimous decision to officially organize a church.

He and his wife Cheryl accepted the call as Pastor and First Lady, and prepared to move forward in the name of the Lord. In just two years, membership grew from 500 to 1,000 while worshipping at the campus. It also led to finding a permanent home for the church. In 1987, worship services began at the new home at 7408 South Hampton Road in Dallas. During the next few years, under Pastor Wesley’s dynamic leadership and obedience to God’s vision, some 25 new ministries were established to reach the community.

As a result of those efforts, more than 1,000 people in the Dallas/ Ft. Worth area benefited. While continuing to grow the membership and expand the ministries, Pastor Wesley earned a Master of Divinity from Brite Divinity School on the campus of Texas Christian University in Ft. Worth. In 1997, Pastor Wesley had the distinction of being the first African American doctoral candidate at Phoenix Seminary in Arizona where he received the Doctorate of Ministry. Meanwhile, the membership was still rapidly growing, so much so that he instituted three Sunday morning Worship Services.

But there was still a need for an overflow section to accommodate the members and visitors. Seeing it as a blessing, Pastor Wesley began the next steps in planning how to accommodate the growth. His vision led to the current 84,000 square ft. facility at 7550 South Hampton Road, where there are 25+ administrative staff personnel. Also, a 45,000 square ft. worship center accommodates the members during the Sunday morning Worship Services. Additionally, there are more than 60 ministries reaching within the congregation and beyond, going out into the community.

A noted author, Pastor Wesley has written 10 books dealing with various aspects of the Christian life, as well as study guides for the Bible. He is also a member of Alpha Phi Alpha Fraternity, Dr. Wesley and his wife Cheryl are proud parents of three sons, Christopher, Karl, and Charles; two daughters-in-law, Skylan and Jasmine; and grandparents to three grandchildren, Kamden, Karter and Kyrin.