DURHAM, NC — Kenneth William Edmonds, Editor-Publisher of The Carolina Times, died on Saturday, May 2, 2020, at 66. Edmonds succeeded his mother, Vivian Edmonds, in 2002, and carried on the legacy of his grandfather, Louis Austin. Kenneth attended the local public schools in the Durham and Chapel Hill-Carrboro School Systems, where he excelled in basketball and, after the ninth grade, attended prep school at Laurinburg Institute and majored in journalism at East Carolina University. He began working for The Carolina Times in his youth, at age four or five, as he assisted his grandfather by serving as “Keeper of the Keys.” He remarked that his grandfather would misplace his keys around the house, the office, the post office, and other places that he frequented.

Kenneth’s first job was to keep up with them as they moved around Durham. He saw firsthand through the life, work and sacrifices that Louis and Stella Vivian Walker Austin faced as they sought to bring about a more equitable and just community. Kenneth held numerous positions at the paper, including selling newspapers outside the office and later in the neighborhoods, which gave him keen insights into the lives of those featured weekly in The Times. He progressed at the paper, and his first writing assignment was writing obituaries and, eventually, editorials. His photography also graced the newspaper, and, eventually, he began laying out the paper and exploring the business side of the profession.

Kenneth brought the newspaper into the age of digital technology and ushered in an era of a new relevance to the publication with the inclusion of national wire service stories, and the incorporation of color photography within the pages of The Carolina Times. Though he made these improvements, Edmonds was always mindful of a statement his mother once made, “I’m trying to work my way out of a job.” Her son took up that banner and continued printing weekly to chronicle the Durham Black community’s continued movement in that direction. He was also a life member of the NAACP and enjoyed fellowship with St. Joseph’s African Methodist Episcopal Church since his childhood. Born on Dec. 5, 1953 to the late educator, Woodrow “Woody” W. Edmonds, and educator and editor, Vivian L. Austin Edmonds, Kenneth leaves to cherish his memories his loving and devoted son, Christian Edwards, and cousins, Bernard Austin and Vivian Austin.

The Twitterverse is in mourning after reports legendary music executive Andre Harrell was found dead in his Los Angeles apartment. The Bronx native was one half of the rap duo Dr. Jeckyl and Mr. Hyde. In the early 1980s, Harrell joined Russell Simmons at Def Jam Records, eventually becoming Vice President and General Manager. In 1986, Harrell left Def Jam Records to start his own label, Uptown Records at MCA, which became the sound of 1990s hip-hop soul. At Uptown, Harrell signed Heavy D and the Boyz, Marly Marl, Al B. Sure, and Guy among others. It is at Uptown Records where Harrell famously discovered future music mogul Sean “P. Diddy” Combs, who started at the company as an intern and rose to the ranks of a Vice-President of A&R signing such acts as Mary J. Blige, Jodeci and Father MC. Harrell also served as an Executive Producer for the FOX television hit New York Undercover (1994-1998).

Harrell fired Combs, who left to form Bad Boy Records bringing hip-hop legend Notorious B.I.G. with him and signing Total, Faith Evans, 112, Craig Mack, and a host of other artists. Despite the breakup, Combs and Harrell remained lifelong friends. After Combs’ departure, Mary J. Blige and Jodeci also left the label, leaving Uptown with declining sales. In 1995, Harrell left Uptown Records to join iconic record company Motown Records with Heavy D. becoming CEO of Uptown. Harrell, who had been paid $20 million to sign with Motown, was fired two years later in 1997, taking a $5 million payout with him.

In 2014, Andre Harrell and Combs reunited, with Harrell becoming Vice-Chairman of Revolt TV & Media, Combs’ multi-platform music network. Harrell was also a producer on Revolt‘s wildly popular show “State of the Culture.” At Revolt, Harrell oversaw the Revolt Music Conference (RMC) and produced and hosted the show, “Music Talks” where he interviewed music legends like L.A. Reid, Babyface, Nas, Queen Latifah and Sean Combs. At the time of his death, the entertainment powerhouse was working on a three-part series about Uptown Records for BET Networks. A pioneer of hip-hop soul and a major figure in black R&B music and television soundtracks, Harrell was 59.

Richard Wayne Penniman, better known as Little Richard, was one of the most influential singer songwriters in popular music. He was one of the founders of Rock n’ Roll in the 1950s and one of the most memorable performers in rock history. Little Richard was born in 1932 in Macon, Georgia. “Tutti Frutti” (1955), one of Richard’s signature songs, became a hit reaching the No. 2 on the Billboard chart. Another hit, “Long Tall Sally” (1956), hit No. 1 on Billboard. “Tutti Frutti” was added to the National Recording Registry of the Library of Congress in 2010 and cited for its “unique vocalizing over the irresistible beat announced a new era in music.” Two of his songs, ”Tutti Frutti” and “Good Golly, Miss Molly” were listed on the Rock and Roll Hall of Fame’s 500 Songs that Shaped Rock and Roll.

Little Richard’s music was covered by several artists thereafter and his influence included The Beatles, who opened for Little Richard as he toured Europe in 1962. He also advised Paul McCartney on his distinctive vocalizations. Little Richard influenced Otis Redding, James Brown, Mick Jagger, Keith Richards, John Lennon and Cliff Richard and those influences frequently showed up in their music. Legend has it that James Brown came up with the Famous Flames debut hit, “Please, Please, Please”, after Richard had written the words down on a napkin. Redding started his professional career with Little Richard’s band, The Upsetters. Bob Dylan performed covers of Little Richard’s songs on piano during a high school talent show with his rock and roll group, the Golden Chords. In 1959, Dylan wrote in his yearbook under “Ambition”: “to join Little Richard.” In 1963, Richard agreed to assist a failing tour effort by The Everly Brothers, Bo Diddley and The Rolling Stones and was given his own TV special after the tour ended. Little Richard received all the honors possible in music. He was inducted into the Rock and Roll Hall of Fame as part of its first group of legendary inductees in 1986. He was also inducted into the Songwriters Hall of Fame. Little Richard is the recipient of a Lifetime Achievement Award from the Recording Academy and a Lifetime Achievement Award from the Rhythm and Blues Foundation. In 2015, Richard received a Rhapsody & Rhythm Award from the National Museum of African American Music for his key role in the formation of popular music genres and helping to bring an end to the racial divide on the music charts and in concert in the mid-1950s changing American culture significantly.

In 1955, he recorded “Tutti Frutti” in three takes and it was released as a single in November 1955. Penniman’s performances, like most early rock and roll shows, resulted in integrated audience reaction during an era of strict segregation in the South. On tours that included groups of music stars, Little Richard and other artists such as Fats Domino and Chuck Berry would allow audiences Black and white to enter buildings via the same door but sit in separate places — but everyone would dance. Little Richard’s high-energy performances while playing the piano included dancing on top of the piano, running on and off the stage and throwing souvenirs to the audience. He also dressed flamboyantly onstage. Some of what is taken for granted now in popular music was invented by Little Richard. He was ranked eighth on its list of the 100 Greatest Artists of All Time and Rolling Stone listed three of Little Richard’s recordings, “The Girl Can’t Help It,” “Long Tall Sally” and “Tutti Frutti”, on their 500 Greatest Songs of All Time. Little Richard was the third of 12 children of Leva Mae and Charles Penniman.

Betty Wright was a soul and R&B singer with deep gospel roots. She influenced a generation of female singer songwriters and continues to influence the world of hip hop, who sample some of her more famous material. Born singing gospel with the family group, the Echoes of Joy, Wright began experimenting with R&B music in 1965 when she was only 11. In 1968, she released her first album, My First Time Around, by the age of 14, and scored her first national hit, “Girls Can’t Do What Guys Can Do.” But it was not until the end of 1971 that Wright’s most successful phase of her career began to take place.

The song “Clean Up Woman” became a top-five pop and #2 R&B hit, and would later influence a remix of Mary J. Blige’s “Real Love” single with the sample of its guitar riffs; R&B girl group trio SWV’s “I’m So Into You” also featured a sample from “Clean Up Woman,” as did Afrika Bambaataa’s song “Zulu War Chant,” and Sublime’s “Get Out!” remix. In 1974, Wright scored big with the songs “Tonight is the Night” (about a real-life love affair that happened with Wright when she was a teenager) and “Where is the Love” (which won her a GRAMMY for Best R&B Song).

In 1988, Wright made music history by being the first woman to have a gold record on her own label, (self written, arranged, produced, and published). With the release of Mother Wit, which featured two of her biggest hits in years, “No Pain No Gain” and the “After The Pain.” On both songs, Wright displays her powerful upper register capabilities and seven-octave range. By 2001, a compilation album, The Very Best of Betty Wright, was released, along with her first studio album in several years, Fit for a King. After co-producing the first two Joss Stone albums, (2003, 2004) multiple GRAMMY nominations, vocal production on Diddy and Keyshia Cole’s “Last Night” (#1), a vocal-coaching spot on Making the Band 3, which spawned the group Danity Kane, Wright managed to squeeze in an amazing collaboration with her dear friend, Angie Stone, which garnered them a GRAMMY nomination in Best Duets category.

Ms. B was also vocal coach to Lil Wayne, who she declares has the memory of a space alien: a phenomenon. This mother of five (four who survive her, Aisha, Patrice, Chaka, and Asher, and one, Patrick, who predeceased her) still managed to mentor several young singer/songwriters in a home-based camp called The MOST, which is an acronym for Mountain Of Songs Today, Wright was instrumental in the careers of hundreds of artists (vocal coaching, production, song writing, backing vocalist and coordinator, music consultancy, etc.) The likes of Beyonce, Gloria Estefan, Jennifer Lopez, Joss Stone, Mia X, Trick Daddy, Flo Rida, DJ Khaled, Michael Jackson, Stevie Wonder, Chaka Khan, Alice Cooper, Bill Wyman (Rolling Stones) and on and on til the break of dawn…! 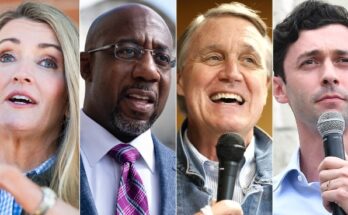