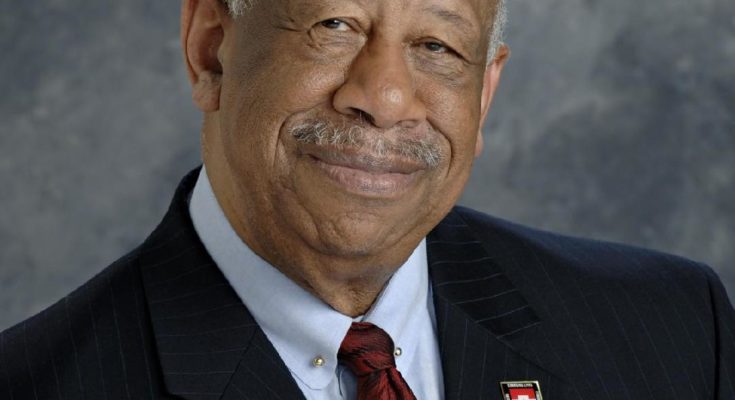 On July 13, services were held for Dr. Wright Lassiter Jr., former chancellor of Dallas County Community College, local minister and educator who died recently at his home in Dallas. He was 85.

Dr. Lassiter was appointed chancellor in 2007 after serving as president of El Centro College for 20 years.

“It is with tremendous sadness that I inform you of the death of beloved former Dallas County Community College Chancellor Dr. Wright Lassiter Jr.,” said Dr. Joe May, DCCCD’s chancellor.

“We all live in the spirit of hope and service that was the trademark of Dr. Lassiter’s life,” said Dr. May said. “He lived by example. He was larger than life, yet he lived with humility. He taught us how to serve our students with passion and focus.

“We will carry on his legacy of teaching, leading and ensuring that higher education is accessible to all,” Dr. May said.

During his time as chancellor, he oversaw a $450 million bond election which resulted in the construction of 29 buildings including five new community education campuses.

“Dr. Lassiter served many students and employees at DCCCD for over 25 years. His leadership is a testament to his commitment to a higher education for all,” said DCCCD Board Chairwoman

Diana Flores. “He often spoke with a quiet eloquence. We are saddened to learn of his passing, and the DCCCD Board offers condolences to his family.”

“I first met Dr. Lassiter when I worked at the Dallas Black Chamber where he chaired the Education Committee,” Compton said. “He did an outstanding job as president of El Centro College, and worked well with the Board when he was chancellor. I am sorry to hear that he has passed, but I know that he led a full and active life. My prayers go out to his family.”

Trustee Wesley Jameson said, “It was an inspiration to know Dr. Lassiter. His legacy of insightful analysis and intuitive perceptions that he shared with others are a testament to his life’s work. He was a gifted orator who motivated thousands of individuals studying leadership skills. Not only will be he missed for his leadership qualities, but also for his ethics and kindness.”

Early on in my presidency, I had the pleasure of sharing lunch with Dr. Lassiter. He appeared to be a kind and wise soul who graciously shared with me some of his wealth of experience. I will forever be grateful,” Dr. Adames said.

He arrived in Dallas in 1983 to become president of Bishop College, now Paul Quinn College.

In 2006, BKM Total Office of Texas, a Dallas-based furnishing company established the Dr. Wright Lassiter Jr. BKM scholarship. The scholarship is awarded to students attending any of the seven DCCCD colleges who are majoring in entrepreneurship studies and other disciplines.

Dr. Lassiter retired in 2014 but continued to serve as a graduate school faculty member at Dallas Baptist University. An ordained minister, he taught at Concord Baptist Church and was an interim pastor at St. John Missionary Baptist Church, both in Dallas.

In 2016, he received the national Leadership Award from the American Association of Community Colleges.

A lifelong learner, Dr. Lassiter was the author of several books.

He is survived by his wife, Demetria Lassiter; two adult children and two grandchildren. His first wife, Bessie Lassiter, died in 2014.