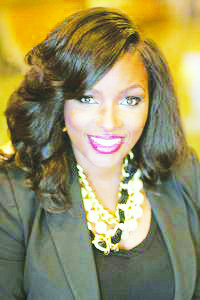 In a closely-watched runoff election on July 14th, attorney Jasmine Felicia Crockett secured the Democratic Party’s nomination for House District 100. Crockett gained a narrow lead over incumbent Lorraine Birabil, and with all 73 precincts reporting, attained victory with just under 100 votes.  Representative Birabil, who initially won the seat in a special election earlier this year after then-Representative Eric Johnson resigned to run for Dallas mayor.

One day after the election, a consultant for Rep. Birabil’s team issued the following statement, but nothing official has since been released by Birabil.

Leading up to the primary in March, “I thought we won,” said Crockett, adding that her team relied on a grassroots approach, which included a mass texting campaign, mailings and regular phone calls to local constituents. “We personally touched well over 7,000 doors in our district, and a number of those doors, we touched more than once,” she said.

And then the early vote came in. A look at the results showed Crockett trailed by more than 500 vote-by-mail ballots.

“I was flabbergasted,” said Crockett, referring to the low numbers. “It was hard to explain. You’re just seeing a number. You’re not seeing how that number is comprised. It was disappointing.”

Crockett said she was unsure how the campaign would overcome the early setback in addition to speculation that it would not be possible to beat an incumbent, but after the initial shock wore off, she and the team kept going, vowing not to give up until the end. The hard work paid off, and on election day, Crockett overcame the deficit. “Our campaign theme was ‘we always run as if we’re losing,’” she said. “I‘m so thankful that we pushed through and worked hard.

“The messages we get from you people who are inspired now, who have become turned off by politics overall, that makes it worthwhile. It’s not my victory, it’s a victory for the people.”

With no Republican opponent in the upcoming November election, Crockett can begin making plans for her District. Though she cites the COVID-19 crisis as her number one priority for the moment, she said she’s also looking ahead to other key issues for constituents, including education and the economy. “I’m just thankful that I get to go to Austin, and truly get down to writing legislation that I think will start to have positive effects on everyday people,” she said.