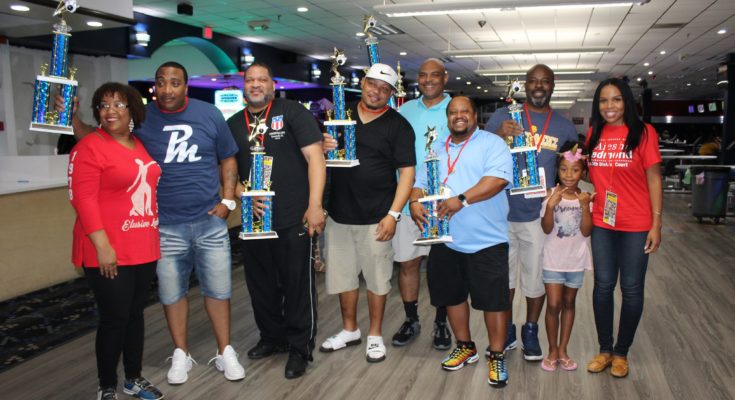 It was a fun evening for the entire family as veteran journalist Cheryl Smith hosted her 25th Annual Don’t Believe the Hype Celebrity Bowl-a-Thon, Saturday June 22, 2019 at USA Bowl in Dallas.

Walking away with bragging rights were:

Highlights of the evening included the singing of the Negro National Anthem by R&B and Jazz sensation Miles Jaye, Brotha rap tribute to Dallas County Commissioner John Wiley Price, prayer from Sen. West and a moment of silence for the late, great all-around entertainer, health nutritionist, author and activist Dick Gregory, who up until his death two years ago, attended at least 20 of the 23 Bowl-a-Thons held.

There was also a special moment when the summer of 1989 was remembered because it was 30 years ago that the groundbreaking Spike Lee movie, Do the Right Thing and Public Enemy’s song “Fight the Power” dealt with the many societal ills of that era and that many say exist today. And Sherry Christian of Elite News demonstrated the latest dance challenge which is the re-enactment of actress/dancer Rosie Perez’s groundbreaking opening dance in Do The Right Thing.

Plans are already underway for next year’s event, which is scheduled for Saturday, June 27, 2020. Former Dallas County Constable Evans is already issuing challenges to past team winners and anyone would like to take a stab at dethroning Evans Engraving.

So mark your calendars and get ready to RUMBLE!