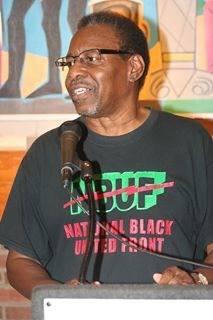 This is mainly for our young folk who have probably never heard of this outstanding man. He simply did his job and became the true figure that brought down an American presidency!

Frank Wills was a security guard working on the night of June 17, 1972 when Republican Party operatives were attempting a break-in at the Democratic National Committee inside the Watergate complex in Washington D.C. Wills called the police after discovering that locks at the complex had been tampered with. Five men were arrested inside the Democratic headquarters that they had planned to bug. The arrests triggered the Watergate scandal and eventually the resignation of President Richard M. Nixon.

Washington Post reporters Bob Woodward and Carl Bernstein covered the story, eventually finding a person they nicknamed Deep Throat as their main source of getting their government inside information.

33 years later their informant was identified as William Mark Felt, deputy director of the FBI during that period of the 1970s, something Woodward later confirmed. But note Woodward and Bernstein never gave any credit to Brother Wills.

Hailed as a hero, Wills later struggled with his celebrity and had difficulty keeping a job. He was even supposedly caught shoplifting trying to make ends meet, because no one would hire him.

In fact in 1992, on the 20th anniversary of the burglary of the DNC headquarters, reporters asked Wills if he were given the chance to do it all over again, would he?

Wills replied, “That’s like asking me if I’d rather be white than Black. It was just a part of destiny.”

That same year, Wills told a reporter, “I put my life on the line. I went out of my way….If it wasn’t for me, Woodward and Bernstein would not have known anything about Watergate. This wasn’t finding a dollar under a couch somewhere. Everybody tells me I’m some kind of a hero, but I certainly don’t have any hard evidence. I did what I was hired to do, but still I feel a lot of folk don’t want to give me credit, that is, a chance to move upward in my job.”

As a teenager growing up in Dallas, Texas at the time, I truly remember the story as if it was just yesterday. Coming out of the struggles of the Black Liberation Movement sandwiched between that and hanging out with grass-smoking hippies, a Black hero was extremely hard to find and Brother Wills filled that void.

The reason this story is of import today is that there are rumors that like Nixon, Donald Trump has been seen walking the White House halls talking to the portraits of dead presidents. Nixon was then seen in those final days drinking heavily as reasons for his delusions, The Donald doesn’t drink, so it is assumed that his delusions are simply due to pure arrogance!

Finally, in Nixon’s case top aides became so worried for his safety they gave strict orders that there should never be any large storage of pills near him and since there were no firearms in White House drawers, access was nil.

Okay, The Donald will be gone pretty soon!

Until then the Struggle Continues… 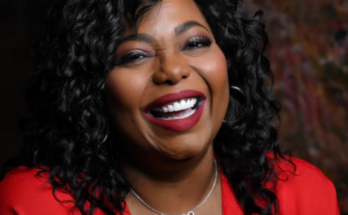