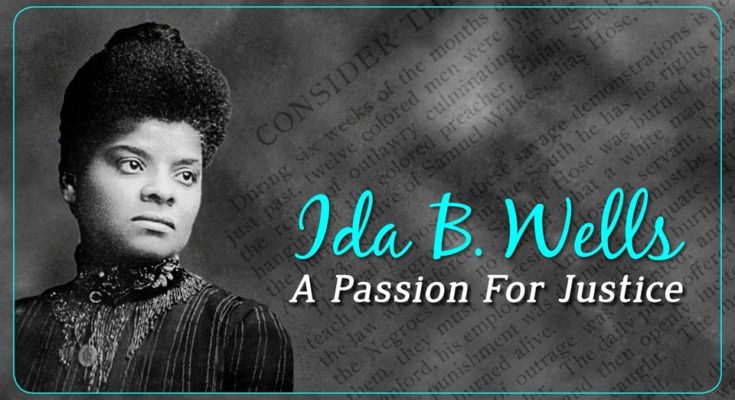 “The people must know before they can act, and there is no educator to compare with the press.” So proclaimed Ida B. Wells-Barnett, who fearlessly shined a light with words on the abominable dark days after slavery and into the 20th century. Journalist, publisher, author, activist, and suffragist leader, Ida B.’s spirit soars.

July 16 marks the 157th anniversary of her birth. Blood, sweat, and ink sealed her legacy and the future of a nation still struggling to be whole. Ida B. revered the Black press as an organizing tool. Though her newspaper The Memphis Free Speech was destroyed by racist mobs, she was never silenced.

During her life, she would publish three newspapers and authored “Southern Horrors: Lynch Law in All Its Phases” and “The Red Record,” investigative reports that remain definitive sources on racist violence more than 100 years later. Small in stature but huge in courage, Wells, an emancipated slave, joined a cadre of Black contemporaries – scholars, activists, and thought leaders – who pledged to change the trajectory of bondage and demand that Black women have a voice.

They defy the cliches and caricatures planted in popular culture with their searing voices. Their cadence would not be paraphrased or translated into the often quoted “Ain’t I A Woman” reprise. But forever burdened by their womanhood and Blackness, their path – then and now – is littered with obstacles.

Educator and writer Mary Church Terrell observed, “Nobody wants to know a colored woman’s opinion about her own status [or] that of her group. When she dares express it, no matter how mild or tactful…, it is called ‘propaganda,’ or is labeled ‘controversial.’” Poet, teacher, and Baltimore abolitionist Frances Ellen Harper was among the suffragists who pleaded the case for linked fate unity. “We are all bound up together in one great bundle of humanity,” she said. “Society cannot trample on the weakest and feeblest of its members without receiving the curse in its own soul.”

These Founding Sisters forged civil rights organizations with Black men, sororities, and service clubs with their women peers, and joined “woke” White women against lynching and disenfranchisement and for education and economic development. It was Ida B. and a coterie of Black women publishers, writers, and teachers of the era who led the movement for universal suffrage even when Black women were shunned and excluded.

Nonetheless, women’s suffrage, deeply rooted in abolitionism, is depicted in a single dimension as the jump-start for the white feminist/voting rights movement. Regarded as social reformers, White suffragist – many of them supporters of abolition – confronted a fork in the road, conflicted between the “Negro question” and universal suffrage.

With passage of the 15th Amendment in 1870 granting Black men voting rights, universal suffrage would be sacrificed on the altar of patriarchy and white supremacy. Defended or oversimplified, the words of Susan B. Anthony, crowned the mother of women’s suffrage, illustrate the entrenched stranglehold of whiteness.

Though she counted abolitionist Frederick Douglas as an admired cohort, Anthony’s contradictions can only be measured today in the context of racism and exclusion. “I would sooner cut off this right arm of mine before I would ever work for or demand the ballot for the black man and not the woman,” she said.

One might conclude that she was seduced by the divide-and-conquer tactics of the male proponents of the 15th Amendment. But Anthony’s view was widely embraced by the White women’s suffrage movement. Her friend and suffrage leader Elizabeth Cady Stanton, arguing against the 15th Amendment, protested: “It’s better to be the slave of an educated white man than of a degraded black one.”

One year away from the centennial of the 19th Amendment giving women the right to vote, how much ground have we gained as women and a nation? How much of the conversation about gender equality denies the overlapping impact of white nationalism, patriarchy, and privilege? Where and when do the voices of Black and Brown women enter?

But first and foremost, when do Black women get the recognition that they have earned in their unbroken march to freedom? Our compass should be guided by that path forged by Ida B. Wells and other courageous Black women whose intersectional quest to make America stand upright changed the world. This opening salvo embraces Suffrage.

Race. Power. Spurred by my collaboration with a small collective of women that is Black-led, cross generational, and supported by “woke” White women, we’ve named ourselves “Founding Sisters.” This space will offer regular installments that honor our Founding Sisters of the last centuries and spotlight the unfinished business of Suffrage.

Race. Power. To kick it off: Happy birthday Ida B.! Gwen McKinney is President and Founder of McKinney & Associates Public Relations, for which she is responsible for translating the vision of “public relations with a conscience” into a sustained, bold and tested suite of communications services and activities. She is also the founder and lead collaborator for Suffrage.Race.Power.

As journalists prepare to gather in Miami for the annual convention of the National Association of Black Journalists, we must never forget this warrior!