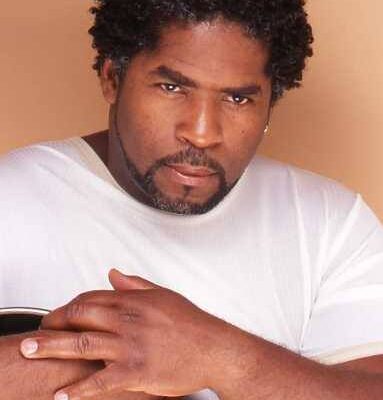 Over the past few years, I’ve noticed a growing trend among boxers, basketball players and rappers. There seems to be a fascination with the notion of the G.O.A.T.—the Greatest of All Times. Who is the best, the greatest… of all time? The question is bothersome. It’s far too presumptive and far too subjective for a rational evidence-based debate. Too many elements change and too much evolves over the decades that constitute all times. Let’s take the best rapper for instance. How, for the sake of a rating, can you compare a genre featuring basketball courts, chain link fences, and hi-top clad, cardboard born, break dancers to a modern-day hip-hop culture of cash, cars, tattooed faces, diamonds, dead bodies and more beefs than beats? You can’t!

Top 10 Basketball Players of All Time: Michael Jordan. Magic Johnson, Bill Russell, Kareem Abdul Jabbar, Julius Erving, Larry Bird, Wilt Chamberlain, Shaquille O’Neal, Oscar Robertson and Lebron James. Sports announcers seem determined to elevate Lebron James to the pinnacle of the game of basketball without fair and reasonable consideration paid to his many predecessors. Bill Russell, Oscar Robertson, Magic Johnson and Michael Jordan come to mind. They all transformed the game, but anyone offering a Top 3, Top 5 or Top 10 list that does not only include James but places him in the top position is provoking the ire of the experts.

The most vigorously debated G.O.A.T. personalities were boxers, quarterbacks and running backs. These debates were much easier to follow because each side was supported with statistics, whether it was yards or knockouts, there was a body of information to follow. Once again, however, the evolution of the game or contest became a determining factor. Perhaps more interesting, was the physiology of the contest. Particularly in the game of football for instance, the fact that players have become bigger and faster has changed the discussion. Bigger and faster? Yes, that is essentially counter-intuitive, but the combines reveal 300 pounders running 40s that were unheard of in the past—the big guys are fast.

When it comes to singers, the discussion can never be entirely reasonable, rational or fair. It’s such a function of taste, style, a look, and a particular song. The artist cannot be separated from the song they made famous. Would we even know Dionne Warwick without Bacharach’s compositions and Hal David’s lyrical brilliance? Of course, we would, but it’s an interesting consideration. Every singer or group listed below can be associated with a popular melody or lyric, and visa-versa. So then, is the artist the greatest, or is it their body of music the distinguishes them as great?

The same argument can be made for the musicians, the pianists, sax players or their counterparts on trumpet. Some contributors to the art-form are so monumentally significant in its development like Parker and Bebop or Miles and the Birth of the Cool, that their contribution alone sets them apart from the talent and skill sets of their peers. Generally speaking, the language of music evolves…audiences change through fashion, dance, and listening preferences. Big Bands become quartets and quintets. Hi and fast becomes mid-range and laid back. The language of art always changes, but the gifted ones will always have their say!

Every name on the lists above earned their recognition. Names not yet on a list, are perhaps today making an argument to be added, working diligently to develop their God given talent. For this, they can always be grateful and proud. I respect them all. Interestingly, there are also lists of the worst of all time in particular areas.

To be the worst of a thing can only mean an individual had no respect or regard for the requirements of the particular discipline in which they were engaged. In short, they didn’t care. To be the worst of American Presidents, the worst in United States history, is simply a declaration of disrespect, disregard and indifference to the powerful obligations of the office itself and the Oath pledged to honor the office.

This list is a list of one. Donald J. Trump will arguably, but most assuredly, go down in history as the very worst of American presidents.

That’s what’s on my mind!