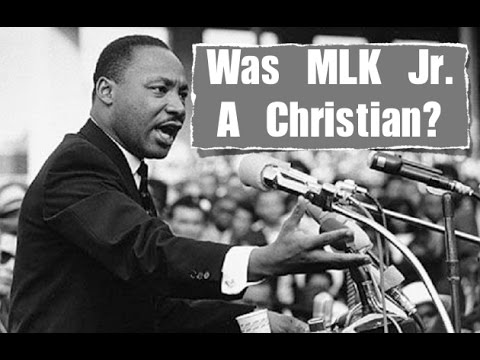 “If any man will come after me, let him deny himself, and take up his cross, and follow me.” Mt. 16:24
My mother, a PK (Preacher’s Kid), asserts that a Gospel preacher hasn’t performed due diligence unless his sermon ends at the cross. That cross refers to the lynching Jesus suffered for the sake of the disinherited. So let me finish this tribute to Dr. King the right way.
Michael King Jr., whose father was so inspired by his revelations during a trip to Germany, changed his name to honor the great Protestant Reformation Leader; Martin Luther…That Martin Luther King was above all attributes a Christian.
Dr. King’s Christianity was not based on fantasy or a fetish…It was not fanatical or fan-based. Dr. King did not fight for civil rights because he was a Christian. King’s interpretation of the Christian ethos left him with no other alternative than to fight injustice.
The fault line in American history as it pertains to the memory and martyrdom of Dr. King is that it never places proper emphasis on him as a “Christian” leader. King is lauded with sanguine and flattering conversations. The revisionists’ canonization would have you believe King majored in stirring oratory and strategic mastery; which were merely his minor subjects.
No one can rightly complete nor close a discussion on King’s life without wading through the weight of his spirituality. Martin was driven and burdened by his Christianity. The dominant rubric in the life, legacy, labor and largesse of Dr. King can’t be arrested in the 66 books that make up the Holy Bible.
Martin Luther King mimicked Jesus’ public life example. Jesus would never be caught in Donald Trump’s cabinet meeting, save to scold them for pandering to the rich while plundering the poor. Jesus would coalesce with the #MeToo, #BLM and #ParklandStrong movements. King too.
Just this week, a Rush Limbaugh wannabee, hurled a heap of hatred that Dr. King, would roundly criticize. A Conservative St. Louis radio host, Jamie Allman, inferred via tweet that he was getting ready to sodomize Parkland survivor David Hogg with a “hot poker.” Dr. King knew well that hateful dialogue is the harbinger of harmful deeds.
“Doc” was not original in his call to Christian activism. King mirrored the tradition of the Black Church. The Black Church was borne in response to racial hatred and the subrogation of human rights. Any form of Christianity that denies the poor, defames the widow and dehumanizes the sick is heretical. King got that.
King also understood that Christianity demanded tolerance and he walked it like he talked it. On January 30, 1956, King and the Montgomery Improvement Association filed a federal suit challenging the segregation of Montgomery buses.
Later that evening, as King addressed a meeting of 2000-plus at First Baptist Church, his home was bombed. He rushed home to find his wife, Coretta, and their daughter, Yolanda, physically unharmed. King absorbed the personal predicament and disarmed a crowd at his house by reiterating the principles of nonviolence.
The following Sunday, King preached one of his best and least-referenced sermons: “The One-Sided Approach of the Good Samaritan.” In that ecumenical press release, King faults the Good Samaritan who supported the victim he found on the road to Jericho. Even though he was better than the priests who wouldn’t stop to help, the Good Samaritan failed to make the Jericho road safer for the next traveler; vis a vis changing public policy.
King concluded: “Taking up the cross is the voluntary or deliberate choice of putting ourselves without reservation at the service of Christ and his kingdom; it is putting our whole being in the struggle against evil, whatever the cost.”
Many have faulted King for his approach, but the exculpatory evidence that “Trumps” all other defenses is that Dr. King was a Christian. He took us to the cross and that’s how he died.