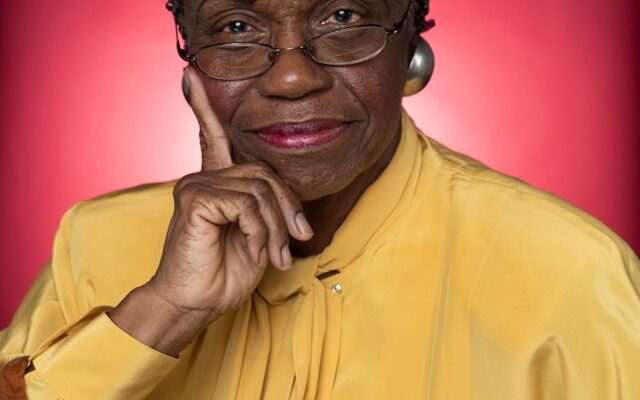 Did I ever tell you that I hated history in school? My, how things can change. I was just thinking about Dr. Robert Prince Jr. and how he and other local Black pioneers helped change my mind about history. History and the history books I had read before my enlightenment were just wrongly presented to me, I ultimately concluded. Basic United States history as presented to me as a young student really had little to do with me, I felt at the time.

History was just about a bunch of dead people who did not look like me and who gave me the impression they did not care about me and my life as well. And then I discovered Black history, and particularly history of African Americans in Dallas and the communities where they lived. Wow. What a treasure trove. Dr. Robert Prince Jr. was a keeper of the treasure. I did not get to pay homage to him when he died recently on October 16 at age 89.

I knew Dr. Prince Jr., the physician, and his father, Prince Sr., Dallas high school math teacher, fairly well. It makes my head swim to think about the two Princes – royalty indeed — and people like them who helped fortify the foundation of Dallas’ African American community that we are left to preserve. I was just thinking about Dr. Prince Jr. after I ran across a book he wrote while I was looking for a historical reference on my bookshelf.

I took the autographed copy down and began thumbing through the pages. Current years began to fall away and rich memories leaped forward. Prince Jr.’s 1993 book, A History of Dallas from a Different Perspective, regurgitates Prince Jr.’s countless recollections of the Black Dallas he knew growing up as the child of accomplished parents in the historic State-Thomas Black community. As an adult, Prince Jr. lived on celebrated McShann Road, but that is fodder for discussion at another time.

By the way, Prince Jr.’s late sister, Dr. Jeanette Elaine Prince Lockley, PhD, was no slouch either. Both she and her brother were born in Dallas at Black-owned Pinkston’s Clinic in that community. She earned her doctoral degree in mathematics from Stanford University in California and later became chair of the Mountain View College mathematics department. Before her brother earned his doctoral degree in medicine, his bachelor’s degree was in chemistry, and their father taught mathematics.

For the life of me, my arts and literature mind cannot comprehend excelling in those areas of science learning. Though I soared in language arts, English and reading, I only managed to pass those science-related courses on a wing and a prayer – more prayer than wing. When Dallas Black Dance Theatre unveiled a state historical marker at its permanent headquarters in 2013, Dr. Prince Jr. was there to speak with dignitaries and elected officials.

The headquarters is in the original landmark Moorland Branch YMCA in what is now the Downtown Dallas Arts District. Prince Jr.’s dad was a Moorland board member when his son was growing up in the 1930s through the 1950s. “I am on familiar ground,” the then 82-year-old Dallas Black griot had said in a deep reverent tone. “I spent many, many hours at this spot. I have memories.” The dedication page of the physician’s book on Black Dallas gives a strong hint of his sensibility toward local Black history.

It reads: “This effort is dedicated to the memories of Allen Brooks, Pat Jennings, Sam Smith, and “Uncle” Cato. The victims of lynch mobs in Dallas.” Oral history through storytelling was a valuable method of informing a young lad of his and his family’s life legacies. Prince Jr. explained in his book preface: “As an inquisitive youth, I read Dallas’ history with much skepticism.

The older history books virtually ignored the role of the African slave in the development of Dallas and Texas. I can vividly remember the stories I heard the old folks tell about slavery and reconstruction. …Why was none of this recorded in the history books written by white men? I vowed to study and substantiate these stories that I heard as a child while living in Freedman’s town.” And Doc, we are awfully glad that you did.