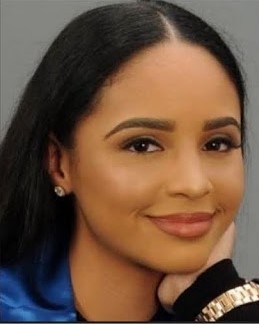 The power of social media from hashtags to trending topics has shined light on the Black Lives Matter Movement for users to initiate change. Recent graduate, Alexus Christian is proud to be a millennial in this era. Christian, who studied mass communication at University of Houston–Clear Lake, understands that you don’t have to be a reporter in order to report on events that are happening in your community. “I see our everyday people becoming activists,” she said. “It’s not only reporters or news channels, it’s your neighbors and young people becoming more aware of the climate around them.” Christian also said she noticed that protests have evolved. Not only does social media play a component but there is more inclusion.

“Almost all of the people who are not part of the Black race feel like this is an obligation,” she said. “You don’t have to be the one affected to be a part of the movement.” As someone who is Black and Mexican, she sees the protests as an opportunity to have people who are not Black become allies and create a safe place. “To see Hispanics, Mexicans, people nationwide, to step up for Black people, I really applaud them for that,” Christian said. Acknowledging the educational significance of tweets and videos going viral discussing the importance of Juneteenth and tearing statues down, many say that social media while a platform to inform, is not enough. Teachers have become the “middleman” and need to adjust the curriculum through the board of education.

“We’ve been digging into what we have been taught,” she said. “Our youth are so much more aware than when I was in high school, I believe things will change even in our education.” Christian accepts that racism is deeply rooted in the United States and will take years for a shift. But in the meantime, social media is where people can lean on. For instance, social media users reopened the Elijah McClain case, who was also mishandled from the police. “We all have a little power but when we all come together in the public eye it’s amazing what we all can do,” she said.“Everyone has become watch dogs.”