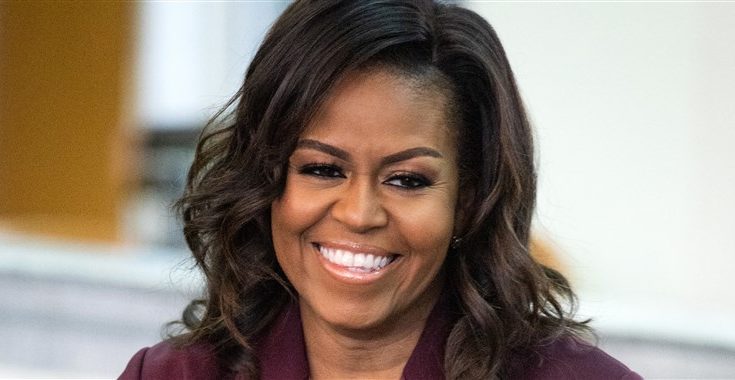 Former First Lady Michelle Obama says dealing with public scrutiny when her husband was campaigning to be president wasn’t as easy as it looked.

The New York Times best-selling Becoming author sat down for an interview with journalist Gayle King at the 25th Essence Music Festival Saturday at the Mercedes-Benz Superdome in New Orleans.

Sporting a curly hairdo that won her social media praise, Obama talked about a portion of her book that explains her journey from being a lawyer to a first lady. “So now I’m Michelle Obama and beloved,” she said. “But for a minute there, I was an angry Black woman who was emasculating her husband, who was somebody to be feared because that was part of the political game.”

Before diving into criticism the former first lady faced, King opened the interview by asking the Chicago native if she had any idea how much she was missed. “Look, I miss us too,” Obama said, sending the crowd into roaring applause. She went on to answer questions about her book and how readers are receiving it.

“Whether it’s in Copenhagen, or Paris or London, people have found and recognized themselves in the story of this little Black girl who grew up on the Southside of Chicago,” Obama said. “So what it reminds me is that our stories as Black people and as Black women have power. “The only thing is we don’t often get to see ourselves. We don’t hear ourselves because we don’t get to control the narrative.”

Obama said she understands how rare it is for a Black woman to be able to tell her own story and have it shared by millions. King then directed the conversation to the 17th chapter of Becoming, when Ms. Obama talked about criticism she’s faced while helping her husband campaign for the presidency. “Well it was important for me to tell that part of my story because I know there are a lot of young kids out there who see me and Barack now,” she said.

“They see us as the former first. They see us when we were walking out of the White House, but they don’t remember how many punches we took to get there.” As her popularity increased so did negative criticism of her. “Democrats and Republicans tried to take me out by the knees,” Obama said. “And the best way to do it was to focus on the one thing they knew people were afraid of was the strength of a Black woman, so they turned that into a caricature.”

Obama said at one point, she considered stepping off of the campaign trail with her husband, but he never wanted her to leave. “Well, that was the beauty of Barack. Barack knew how to take punches,” she said. “Look, we grew up in Chicago politics y’all. So Chicago politics is rough and tumble, but I had never been at the center of it.”

The mother of Sasha and Malia she thought about quitting, but she didn’t. Instead, she went on to help her husband become the first Black U.S. president, and she talked about her inner struggle in her book.