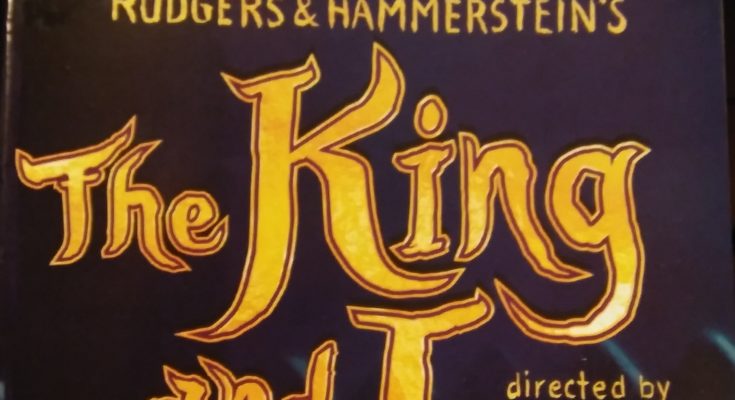 Travel back to 1862 and enjoy a Rodgers and Hammerstein original as The Lincoln Center Theater Production presents The King and I. While Queen Victoria reigned over the British Empire and Abraham Lincoln was at the helm of a country at war with itself, the king of a small Asian nation named Siam decides to do something that will change his family and country’s lives forever.

An ever-changing East meets the Victorian West as Anna (Laura Michelle Kelly) and young son, Louis (Rhyees Stump), travel to Siam so Anna can teach several of the king’s (Jose Llana) children and wives. As can be expected, everyone involved receives quite the culture shock, but it is not long before both sides begin to learn customs and other information from the other. It is the king’s hope to modernize and westernize the small nation and Anna’s job to make it happen. They find themselves in a time crunch because this is also a time when Western European countries have begun to set their colonial sights on Asian countries. The French making nearby Cambodia a protectorate only increases the fear that Siam may suffer a similar fate.

The king, Anna, and her pupils must work fast to keep Siam an independent nation with word that a British diplomat, Sir Edward Ramsey (Patrick Boll), will soon arrive for an official visit. To keep Siam from becoming the next Asian nation to fall into European hands, everyone must band together to prove to Sir Ramsey that the king is not the barbarian he has been accused of and demonstrate their knowledge and respect for Western traditions while still holding onto their own culture and beliefs.

Well-known hits like “Getting To Know You” and “Shall We Dance” as well as a unique retelling of Harriet Beecher Stowe’s famous novel, Uncle Tom’s Cabin, are in the capable hands of the actors and performers and with beautiful sets that take the Winspear back to the mid-19th century, impeccable comedic timing, and a timeless story about an unlikely friendship—and at time, a battle of the wills—during a time of many changes, take some time this holiday season to enjoy this Tony Award-winning classic.

The King and I will be playing at the Winspear Opera House until Dec. 31.