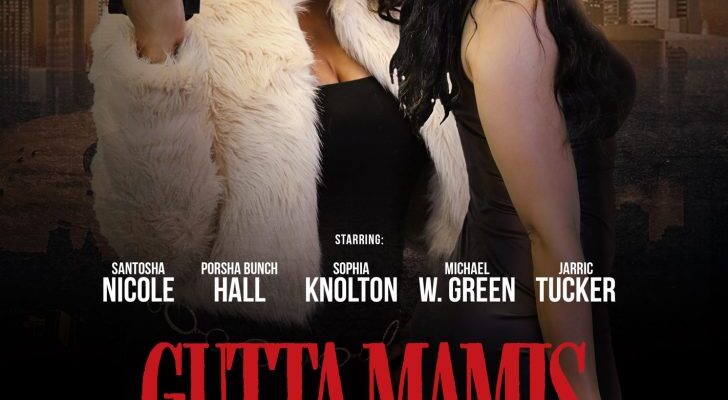 Gutta Mamis is a local movie with local producers, writers and actors from the Dallas area. The movie was previously a novel from screenwriter N’Tyce. Recently, I had the opportunity to see a Dallas advanced screening (it’ll come out in November on various PPV platforms), but here are my thoughts on the movie:

Shinette and Tierra are ride-or-die chicks who have each other’s back in a life of crime. While Tonia is the voice of reason, doing all she can to convince her sister to leave her current life of prostitution and crime and to come home to her daughter (played by Sophia’s real-life daughter, Savannah). This is definitely an adult drama about crime, sex and life in the hood. If you want to take a step out on the wild side, this movie is for you.

The two homegirls run into a serious challenge when what was to have been a simple robbery of a drug dealer’s money leaves them with a dead body to dispose of. Shinette tells her friend that things will be alright if she just never speaks of the incident to anyone; however, with a guilty conscience she mentions it to her on again/off again boyfriend, unaware that he is part of the drug dealer’s crew.

Suddenly, the body count starts rising when the drug dealer sends assassins out to get his drugs back and kill the two women. No one can be trusted. We even discover that Tonia’s husband is a crooked cop when he gets involved in the fray. I loved the character that Porsha Hall played. She was one bad B who knew the street life game and you knew she was not to be messed with. The movie is not yet rated, but if I could guess, it’d probably be an R or TV-MA. I’ll mention again, this is a movie for mature audiences.

However, if you’re up for a movie about crime, drugs, sex and violence, I would rate Gutta Mamis a LARGE on my “Hollywood Popcorn Scale.”